Portland was definitely family time. We stayed with Cam, Christine and Ry and just did things with them; eating, shopping, child play places, parks and Silver Falls. It was just lovely.

Our little grandson, just aged 2, loves being read to, climbing on things and people, eating, going to pre-school and being out with people. He is either going at 100% or is totally zonked out on someone’s shoulder. He is fearless with sometimes bruised results, but will probably end up doing something very adventurous.

We visited child play places, OMSI (Oregon Museum of Science and Industry) with wonderful water play, baby play areas and natural science. A day or so later we visited The Children’s Museum where he explored areas of light and played the artist in an area where Chagall was showcased. Of course he produced a few minimalist masterpieces.

He had his second haircut in a place arranged just for children, where they sat in cars or trucks and watched videos to distract, while the hairdresser kept up a running commentary on the film. Ry was mesmerised and didn’t really notice the haircut.

Dinner out at a posh steakhouse was fun. We were well treated and Ry just loved sitting there in a high chair nibbling on food and taking it all in. He is excellent provided he has something to chomp on and is adventurous with his tastes. I anticipate an excellent palate in the future.

In the local park he climbed structures that made me quake, but was also dwarfed by the enormous trees overhead. Then on to Silver Falls where the rain stopped and we walked beautiful paths beside the waters, fall foliage glowing amber in the light. It was very beautiful, despite our initial misgivings over the weather.

Nick and I did manage to catch up with a friend from Tripadvisor, the intrepid OregonExplorer, and enjoy morning tea with her. It added an extra dimension to the trip and was a lovely interlude.

And finally, off to PDX to wait for the flight to Vancouver and the last part of the trip before the long flight home. 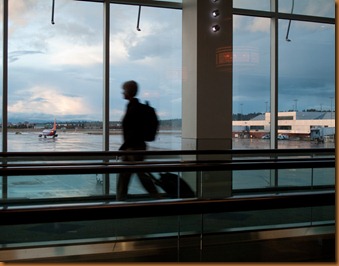 Posted by Lynn and Nick Booth at 3:56 AM No comments:


Lisbon had looked gorgeous on the web, and we had found a lovely apartment, so we gratefully alighted there for a full week with a sigh of relief, only to be struck down with a mild dose of Delhi belly, probably from a street meal in Morocco. So we spent a day resting, drinking lemonade and doing a small shop for essentials and looking a little at our close surroundings.
Our first day out we determined to take the pretty little yellow tram, no. 28 and off we went up hills and around corners in something a bit like a San Francisco cable car except there is no cable. After visiting the rather dour Estrella church we ended up near the San Jorge castle which overlooks the town. First a visit to the mirador or outlook point, with pretty gardens and vistas and some very old tiled walls showing Lisbon pre the 1778 earthquake. Then off to the castle to explore the walls and towers, walkways and cannon and the view over the town. Olive trees afforded shade and a nice café a soft drink as we rested. We decided enough and passed on visiting the cathedral, so of course we never saw it.


The next day was set for Belem, beginning with the Monasterio San Jeronimos which is quite the biggest monastery, at least in length. It holds the tomb of Vasco de Gama and also of the poet Camoes and is decorated in the Manueline style, (named after the king) which basically means flourishes and curlicues and naval references. The chapel was a soaring place with beautiful ceilings and a strangely different apse that seemed not to fit at all. The cloisters were double storied and filled with beautiful filigree decoration as well as some amusing gargoyles. 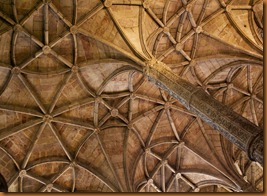 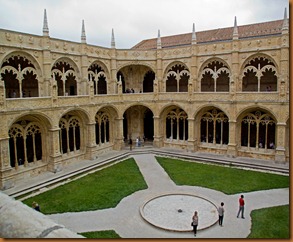 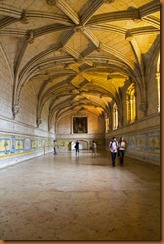 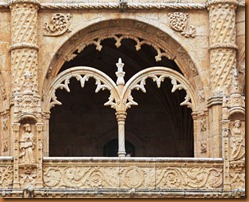 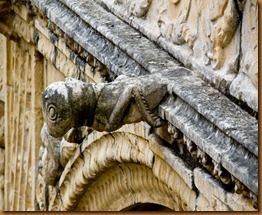 We walked over to the Monument to Discoveries, a huge ship like monument with figures, led by Henry the Navigator, who planned and encouraged exploration, though apparently never going on any himself. Lots of photos, followed by a nice lunch on a restaurant deck nearby . Then a nice meander up to the Belem Tower, which used to be right in the water and was the first and last sight of home for the sailors in the fragile caravelles. We followed this with a visit to the Royal Coach Museum. I have no idea why  they needed so many, but they are very beautiful.

Next day, off to the Gulbenkian Museum, yet another museum that belonged to an exceptionally rich man (oil) who left it to Lisbon and also the money for building the museum to his desires. Stunning! From Egyptian and Roman to Chinese porcelain and Turkish Iznik tiles, Persian carpets and velvet fabrics, a few Rembrants, Turners, Reubens, illuminated manuscripts and ending with a roomful of Lalique glass and jewellery. Sigh! It was beautifully curated but we also loved how photographs showed the items in his personal pied a terre in Paris.

Our special dinner at Restaurant Eleven that night was a great disappointment in both service and food. The situation, looking out on a misty Lisbon, the Portuguese flag and a beautiful park, was outstanding. 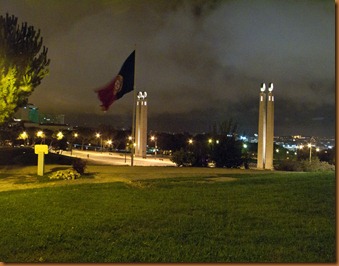 The Design Museum was a great collection of seminal pieces from the history of design. It was just a little worrying that part of my life was there. Loved the black Balenciaga strapless dress that finished in a scalloped puddle of velvet on the floor. Then off up the glorious Santa Justa elevador to Chiado, past the church ruins kept as a reminder of the earthquake, to a good lunch.


Later, on to a boat for a trip up and up the river as far as the Vasco da Gama bridge and down the river, passing under the 25th April Bridge, past the huge Christ statue and the Monumento and Belem Tower again for a different viewpoint.

Then Sintra the next day, a train and bus trip that turned out to have multiple choices at the end. We chose the Pena Palace and the Sintra National Museum. The pictures tell the story.

An excellent meal at Oliviers, and lunch the next day at Guilty, both run by the same chef and very, very good indeed.
Another rich man’s museum, Fundacio Medeiros e Almeida, his personal home and at first just a house with maybe some expensive furniture and art. Then turn a corner and the place is like several royal state rooms, go downstairs and there is a chapel filled with antique church accoutrements, a hidden patio with a fountain from Versailles, surrounded by a collection of tiny boxes and glorious jewellery which I hoped his missus got to wear. Oh, then downstairs to the collection of clocks and watches. And one other couple visited while we were there. More staff than visitors and free till 1pm on Saturdays. Alas, no photos allowed.
Packed up that night, revisited a nice local tapas café and prepared for a 4am reveille. We had asked our landlady to order a taxi for 5am, which she did but said was unnecessary. She was right, the streets were still alive with people and there were lots of cabs. To the airport where I proceeded to have my carry-on searched. Seems I had left some Moroccan oil in it, which I was allowed to keep. BUT in the search several things were not repacked, including one of my gorgeous Sevillian shoes. As I write it appears that it is found and will be posted to me (at my expense) but YAY! I may have a pair again. (and I do. All turned up safe and sound)
There followed a trip from Lisbon to Frankfurt, over Greenland to Vancouver, then on to Portland, arriving at Cam and Christine’s place exactly 24 hours after we had woken in Lisbon. Not a light day of travel.
Next stop: Portland, Oregon and our little family.
Posted by Lynn and Nick Booth at 10:03 PM No comments: